What Would Happen in a World Without Humans?

Would Dogs Make It?

All people love dogs and treat them as family members. We take them to see the doctor when they are sick and buy them all kinds of comforts to make their lives happy. We are very connected to our dogs at a very emotional level and it is hard to imagine what life would be like without them.

When was the last occasion though that you considered whether your dog could live without you? Would dogs be able to survive without people to provide them with food, shelter, and love? Would they be okay in a world with no one to pamper them? In order to really know we need to look at the past to predict the future.

When Were Dogs Domesticated?

Dog domestication was done at a very important time in human history, there is a lot of debate on when that happened. The estimates out there range from 10,000 to 40,000 years ago. It is thought that dogs were domesticated twice in different regions. That would be in Asia and Europe, so it is not clear when the domesticated dog became a regular on the scene.

There are also many different theories on how the dogs were domesticated as well. Many of the theories come from the fact that there may have been people who captured and raised wolf puppies. One thing is for sure it is that this happened when people were still in the hunter and gatherer space.

Domestic dogs have been around for a very long time. One thing that is very clear is that they know, and they understand all the human behavior that we have given them. There are many studies that have shown that dogs have become very attuned to their owners so much that they understand our expressions and our routines. It is not a surprise at all that dogs know when their owners are sad or when they are anxious and that they respond to the tone of voice that the owner has as well as the way that we are responding to them.

What Would Dogs Do if People Were No Longer Here?

When it comes to the ideas of domestication, dogs have become very domesticated and dependent on people for almost everything that they need. They look for people to feed them, take them on walks as well as to take care of them when they have gotten sick. One thing that is clear is that dogs would have a lot of adjustments they would have to make if they were in a place where all the people disappeared.

What Would Dogs Need to Learn?

When it comes to pets living without people, they would need to find new ways to be able to adapt to their situation. They would need to learn how to form relationships with other animals. These new relationships would lead them to learn how to be more independent as well as savvy. That means that they would be able to take risks and be more comfortable in their situation as well. Size would also be very important for the dog as larger dogs would do better than smaller ones in this kind of situation.

Finding Shelter for Pets Would Be Hard

When it comes to finding shelter, it would be rather hard for pets as they look to people for their place to live currently. They would find other places like burrows and dens. However, one thing that is important to know is that they would need to learn how to adapt and to thrive in their new environment. This is not something that is likely to happen anytime soon and that will ensure that our friends do not have to worry about this adaptation

Why Is My Cat Over-Grooming? 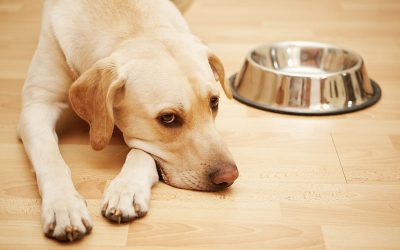